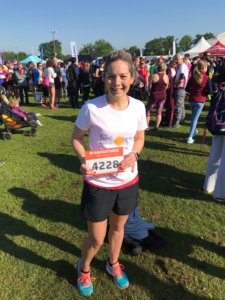 Sunday 12th May saw Elise, pictured, successfully run her first ever half-marathon, raising well over £2,000 in aid of Story FMR.

The event itself was organised by British Airways and involved running around Gatwick Airport. There were2,361 participants, and Elise completed the course in 2:03:59 – finishing 371 out of the 948 females who took part.  She thoroughly enjoyed the run (running with her husband, pictured), particularly the supportive and social element of the sport. 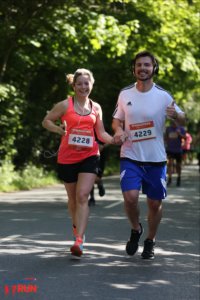 Elise works for Kimberly-Clark and was a colleague of Pete Oliver, running in his memory

On completing her challenge, Elise said “I had few tears when crossing the line as I was thinking about the last 4 months of training, Pete and all the amazing donations. It was VERY emotional.”